The BIS..QUICKEST Chicken and Dumpling Soup EVER! 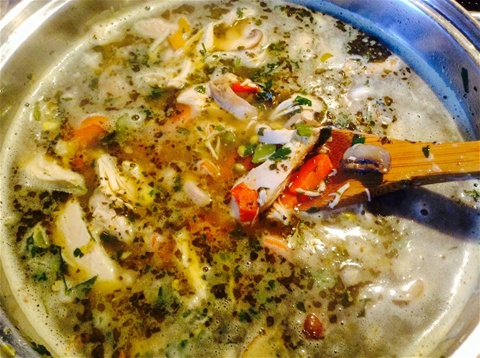 The secret and beauty to this recipe are the short cuts you can take to make this dish on the fly!

Rotisserie chicken and BISQUICK mix dumplings enable you to save time so you can enjoy and savour a glass of wine before dinner!  You could even use a bag of frozen vegetables to save even more time but why would you?

A true comfort meal that warms the heart and soul. 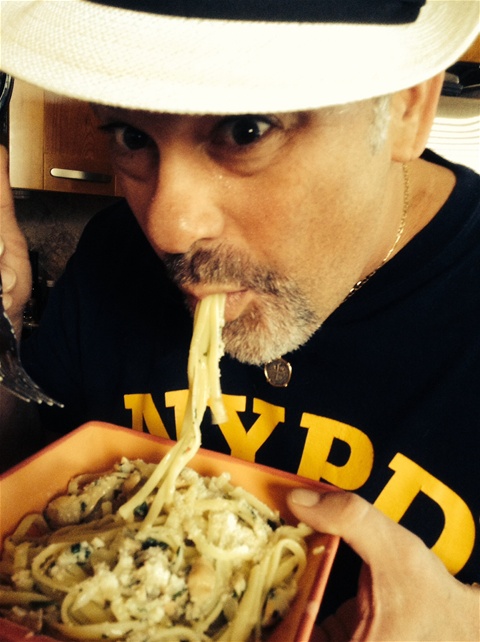 There are many variations and renditions of this classic dish,  so make it your own.  We do this by adding shallots and a smidgen of heavy cream. It is always best to use fresh clams if you can find them but canned clams are a satisfactory substitute for sure.

Finish off with a knob of butter and a little of the clam juice for a more velvety smooth richness to your sauce.

Two principle elements in life are FIRE and MEAT………… Put the two together and now we are complete. So corney!!!

OK…..so they are two of our principle elements!

"Steak Diane" does not appear in the classics of French cuisine, and was probably invented in mid-20th century New York as part of the fad for tableside-flambéed dishes. The name 'Diane', the Roman goddess of the hunt, has been used for various game-related foods,but the "Venison Steak Diane" attested in 1914, although it is sautéed and flambéed, is sauced and garnished with fruits, unlike later steak Diane recipes, so it is unclear if there is a connection.

By the 1940s, Steak Diane was a common item on the menus of restaurants popular with Cafe Society! 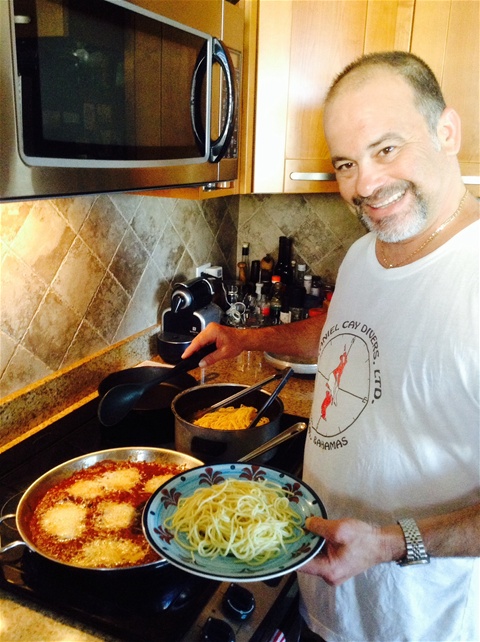 Chicken Parmesan sure sounds Italian thanks to its traditionally Italian ingredients like rich tomato sauce and only Parmigiano Reggiano cheese. But would you believe that the true origin of chicken Parmesan recipes served by chefs and home cooks alike is the United States?

So yes, we can thank Italian-American communities across the USA for introducing us to recipes in the style of “a cook from Parma” like chicken Parmesan. 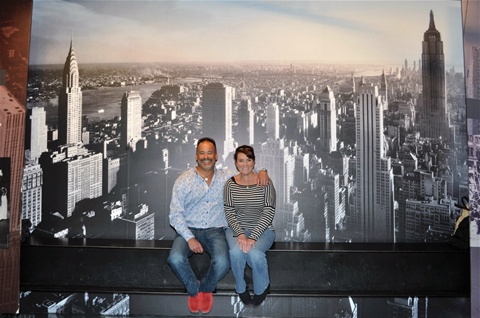 There is no video clip yet

Tasty looking blog. With a large dose of huge ALan smiles makes this a winner.

But..../ I friggin hate onions and shallots. Can I have a tasty recipe onion free pls

Hello gorgeous, next one no onions just for you! Any requests?

I am trying to hang on but he is making me fat!

Try adding some finely grated parmesan to the flour dredging mixture too or you can use panko instead of flour.

Trying to avoid the extra calories so omitted the panko and or breadcrumbs this time. Every little bit counts!

This is a great tip! I am writing 31 days of creative homemaking and I have a slow cooker tips post coming up! Will definitely link over to this post! Gotta love that slow cooker…such a miracle worker

I love this vegetable beef soup! You’ll have to come back and tell me what you think after you try it!
<a href="https://thebestfucksites.com/">Jayme Silvestri</a>

This is one of the best chicken recipes ever. It’s very tasteful and beautiful to play. Thanks for the recipe.<a href="https://bestdarknetmarketslinks.com/">Kelly Hubbard</a>

Made these meatballs and added two hot sausages for an extra kick. They were amazing!
<a hrefs="https://darkweblinkssites.com/"> Harold Burton </a>